Celestite is a gentle, uplifting stone that has a sweet, soothing energy. It purifies and stimulates the third-eye chakra and crown chakra, helping you tune into your guides and angels and access higher states of consciousness.

Celestite makes a great addition to a room dedicated to healing or meditation. It gently uplifts and purifies the energy in a room, supporting any activity aimed at inner reflection, spiritual awareness, or connecting to intuitive guidance. Celestite has a special connection to the angelic realm, and serves as a kind of beacon for angels and Divine healing energy.

If you are working on keeping your vibration positive and serene, celestite can be an excellent support to carry with you or hold while meditating.

Celestite (also called Celestine) is a mineral made of strontium sulfate. It is relatively soft in terms of stones, sitting at around a 3-3.5 on the Mohs scale of mineral hardness. This means it’s important to protect any celestite jewelry or crystals from getting scratched from harder stones.

While celestine can be found in a variety of colors, it’s generally the light blue-gray variety that is sold as a gemstone or crystal. Light blue celestite is often found in geodes or formed into clusters.

Ohio Celestite is a variety of blue celestite that is found in Ohio that forms into tabular crystals. They are popular with energy workers because their form makes them easier to work with than the clusters of crystals that celestite usually forms in. Clusters are better for environmental effects because their energy goes in all directions, whereas tabular crystals are move focused in one direction. Hi! I'm Emma. I found crystals at a time when I needed protection & nurturing and I created this site to help others learn about them.

I'm honored to be with you on your spiritual journey and I encourage you to develop your own relationshihp with your crystals & trust your intuition. The magic is inside you. :-)

Stay in touch by signing up for my newsletter:

I use MailChimp, which makes it easy to unsubscribe at any time. I will never share your email with anyone! (These are affiliate links to Amazon & help support the site--thank you! More info.) 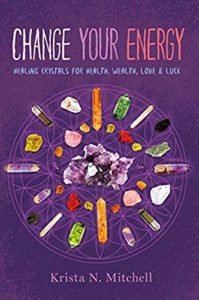 This is a great little introduction to crystal healing and where I learned how to do body layouts. It's very down to earth and easy to follow.Buy Now 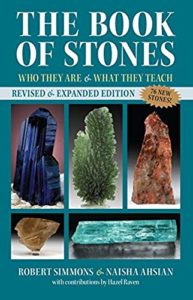 This is the most comprehensive book of meanings out there and a book I return to again and again. The two author's perspectives on each stone helps you see common properties while also seeing how everyone has a unique relationship with each stone.Buy Now Not sure which crystal is right for you?

Get crystal healing tips & stay in the loop as we grow our site (we're just getting started!) I use MailChimp, so you can unsubscribe at any time. I will never share your email because I also hate spam!